History is sometimes thought to be only about inventions, the great minds of men and women of the past, of the so called victors of wars etc.

It is about these matters but it is also about the small details as well.  As an example consider street names.  In many instances research will reflect not only how the name came into being but will lay before one facts about society, economics and politics.

The Abbe Nicholas Louis de la Caille French Astronomer arrived at the Cape in 1751 and during his stay here visited  Hoop Op Constantia then owned by the Colyns.  He observed and catalogued over 10,000 stars as well as studying Cape weather.  He established an observatory in Strand Street, Cape Town where, centuries later in a very changed area of St George’s Mall, a plaque was placed to mark the site.  The street named after him is in the suburb of Newlands.

Not far from the offices of ImagineMag is the Ladies Mile Road and leading off it the Heerengracht.  A Mrs Leonora Colyn a later owner of the farm Hoop Op Constantia is said to have been partial to riding her horse along a sandy pathway which in time, give or take slight changes of the route, became known locally as Lady Mile Road.  Over the years the name underwent a change and became Ladies Mile Road.  As the surrounding farming area developed into new residential suburbs I suspect that the authorities saw an opportunity to have a ladies and a gentlemen’s walk – Heerengracht.  So now there is a Ladies Mile and a Gentlemen’s walk. 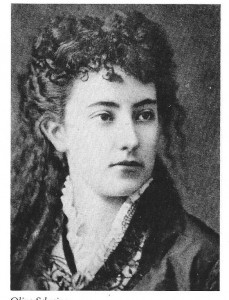 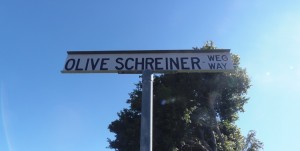 The well known South African authoress Olive Schreiner also had a street named after her in Kreupelbosch reflecting her long ago presence in the area.  Apart from the fact that she had written The Story of an African Farm and was a staunch supporter of women’s rights, was also a friend of the owner of the Bergvliet Farm in the late 1890s.  .

In Kirstenhof, a one time farm now a residential area, there is a road named Katy Martin.  Mrs Martin, whose father worked for the Kirstens, was born on the farm.  When years later the land was sold to a developer a home was built for her  and her husband nearby.  She died there a short while before her 100 birthday.

From the world of politics two highways leading into the city were named in honour of the former South African president Nelson Mandela and Helen Suzman, an opposition politician who fought against the apartheid regime. Classical ballet too is remembered when the late David Poole, a well known South African dancer had a street named after him.  It is not far from Artscape which houses the opera house and a theatre.

Medicine and science makes an entrance when the Municipality of Cape Town recently had a street, on the foreshore, named for the late Professor Christian Barnard who was the first surgeon to undertake a heart transplant in 1967 on a patient named Louis Washkansky.  Another much earlier medical first was when Mrs Wilhelmina Munnik became part of obstetrical history when she gave birth to a son on 25 July 1826 by caesarean section. The doctor was Dr James Barry who has a street in Constantia named for him. This operation it is thought to have been the first at the Cape and only the fourth successful caesarean in the world.