Honey is a tasty thick fluid humans enjoy eating in various forms.  In the large background that we call history how did it become one of the causes for strife between the KhoiSan and the new settlers? Strife that got worse as politics began to form the future of South Africa and which would affect the relationships between all of its people.

As early as the late 15th century the Portuguese explorer Vasco da Gama recorded how sailors went ashore while his ships were anchored in a bay now known as St Helena Bay, saw and caught a man, not tall, collecting honey from a hive attached to a low growing bush. They wanted what he had  – honey. He was later released.   In those days the sailors suffered from scurvy due to a bad diet and honey was perceived as a medicine.  These interactions, for various reasons,  would continue as more and more ships sailed along the South African coastline on their way to India.

From the beginning of the settlement by the Dutch at the Cape in 1652 there was an ongoing need to source cattle to help feed the people at the Refreshment Station as well as those aboard ships sailing into Table Bay.  Another wish was to find bee hives for honey. Unfortunately these requirements led to raids against the KhoiSan.  The consequences of which caused distrust on both sides and a growing realization by the aboriginal people that their lifestyle was changing and would continue to do so.

On 7 April 1654 Jan van Riebeeck’s Journal reported the need for the sweet substance produced by bees. Further Journal references mentioning honey were dated 8 April 1754, 12th January 1656 and 16 October 1659. The attempts to barter with the clans were not always successful.  The long used routes by which they moved their live stock across the Cape Peninsula was slowly closing to them. People who had been used to come and go as they pleased had now to follow unacceptable rules.  The KhoiSan also suffered from European diseases which caused many deaths.  The result saw them becoming dependant on the burghers. 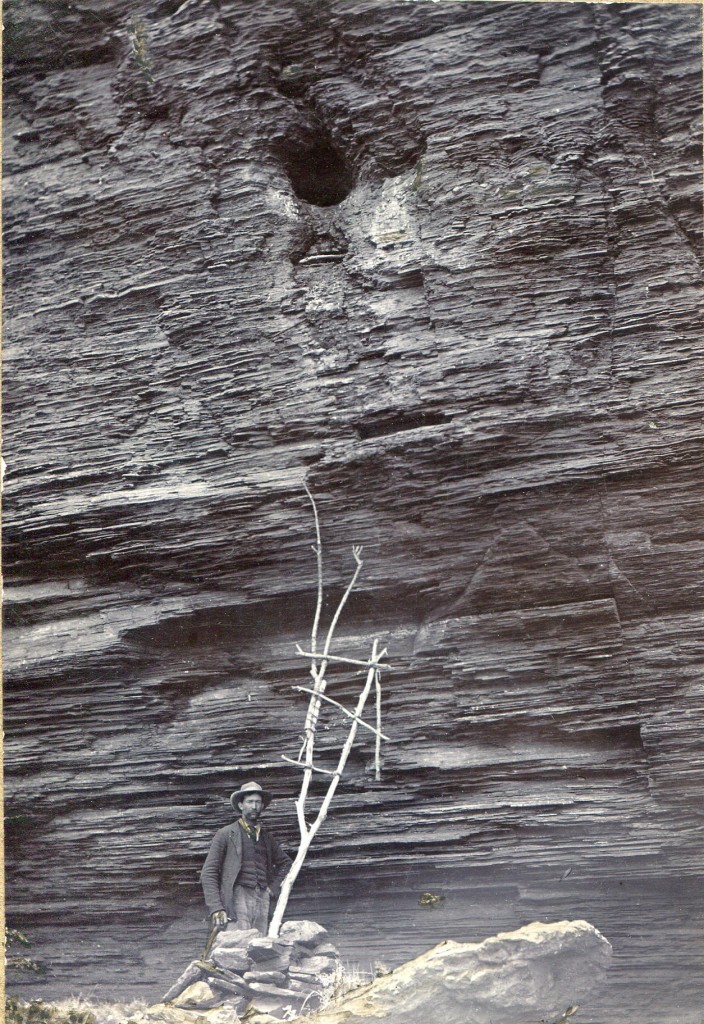 A certain amount of honey was brought to the settlement by the KhoiSan to sell or to barter for various items.  But the skin containers were not popular with prospective buyers. European travellers on journeys here, gathered information about the countryside they traversed. German born,  Peter Kolbe referred to the risks the KhoiSan took as they climbed to gather honey found  on the Honigbergen (Honey mountain) in the vicinity of the present town of Porterville.

Botanist Peter Thunberg commented on the way local people named sites after honey. There is, in the Eastern Cape, the Heuningklip (honey stone) close to the Heuningklip river. The nearest town is Steytlerville. The explorer Francois le Vaillant wrote of the bee swarms he saw, of the variety of fynbos flowers on which the bees fed. He stated that the word Outeniqua meant “a man loaded with honey.”  Strife continued with the hives coming close to being destroyed by some of the greedy honey seekers.   William J Burchell, an explorer in the early 19th century,  thought it strange that none of the honey gatherers had attempted – seeing that there was a demand for the product –  to organise bee hives instead of looting the wild hives. It is possible that individuals had a beehive or two but exact information as to when greater organising happened is not easy to come by. It has been suggested it began slowly from the late 1850s