One often has to work in traditional research places:

When undertaking historical research universities, archives, research libraries lay the foundation of what one is seeking. Sometimes however, the information required leads one along a quite different path.

In this instance the client wanted information about individuals whom he thought might have fought for the British side during the South African War (also known as the Anglo Boer War) and who might have died and  been buried in this country. 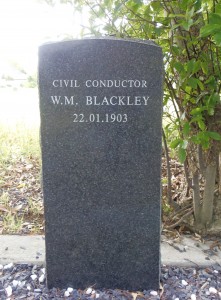 Information held in the reference files of various organizations offered certain details that led…………. to a cemetery in Constantia!  By a signedagreement between the governments of South Africa and Britain, the South African War Graves Commission was given the responsibility of maintaining the graves of British soldiers who died and were buried in South Africa. Later the Commonwealth War Graves Commission became involved. It was in this cemetery where certain information was found.   Briefly the details on the headstones were the names of men from different British regiments who had been buried there. Among them the Duke of Cornwall’s Light Infantry 1.  The Duke of Cornwall’s Light Infantry 2.  The Royal Army Medical Corps and a Civil Conductor.  A Civil Conductor was “a rank given to a civilian who assisted the military as a conductor in the Army Service Corps”.   In this quiet place certain of the names answered the original query.